The OPA are pleased to welcome aboard two new Trustees – 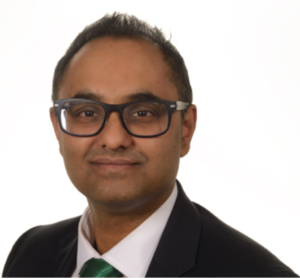 Javed Sultan started his consultant career in 2014 at Guildford, to help expand and develop the regional oesophago-gastric cancer unit for Surrey. He was a Consultant Surgeon at the largest internationally renowned Northern Oesophago-Gastric Cancer Unit (Newcastle upon Tyne) prior to his appointment at the Royal Surrey County Hospital.

Born in Cardiff, spent my childhood in the Rhondda Valley, where I attended the local Grammar School, before attending Cardiff University to study economics.

On leaving University, joined NatWest Bank when I spent the next 31 years, initially working in various Branches in S Wales and Bristol, before moving to London in 1984 to a Head Office Dept.  Took early retirement in 2003 following the Bank’s acquisition by RBS.

In 2010, diagnosed with Oesophageal cancer, but fully recovered following surgery at the Royal Surrey Hospital in Guildford.

A keen sportsman over the years, having played a high level of Soccer and then Squash, and has now progressed to Lawn Bowls, and spends many hours each week on the Bowls green, not only playing but is involved in the greenkeeping duties of his local Club.

Also involved as the Treasurer for a local Probus Club, and still involved with the local Squash Club as Treasurer/Secretary.